Environmental 360 added another team member last month in the Louisiana region. Austin Stultz joined the team as a Staff Scientist I. Austin graduated from Louisiana Tech University with a Bachelor of Science degree in Environmental Science. During his undergraduate degree, he held internships with multiple companies in the pulp and paper industry. Being an Eagle Scout, Austin has developed a respect for nature and a passion for environmental sustainability.

Austin will handle environmental compliance primarily with LDAR and SPCC for the Louisiana, Texas, and Mississippi region, as well as CEMS/COMS and special projects.

Austin currently resides in Baton Rouge, Louisiana, with his wife. They were just married earlier this month. Austin enjoys sports, adventuring, and spending time with family. We want to wish them both a big congratulations on their marriage. We are excited to have Austin on our team! 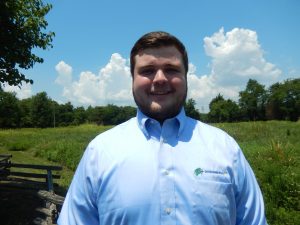